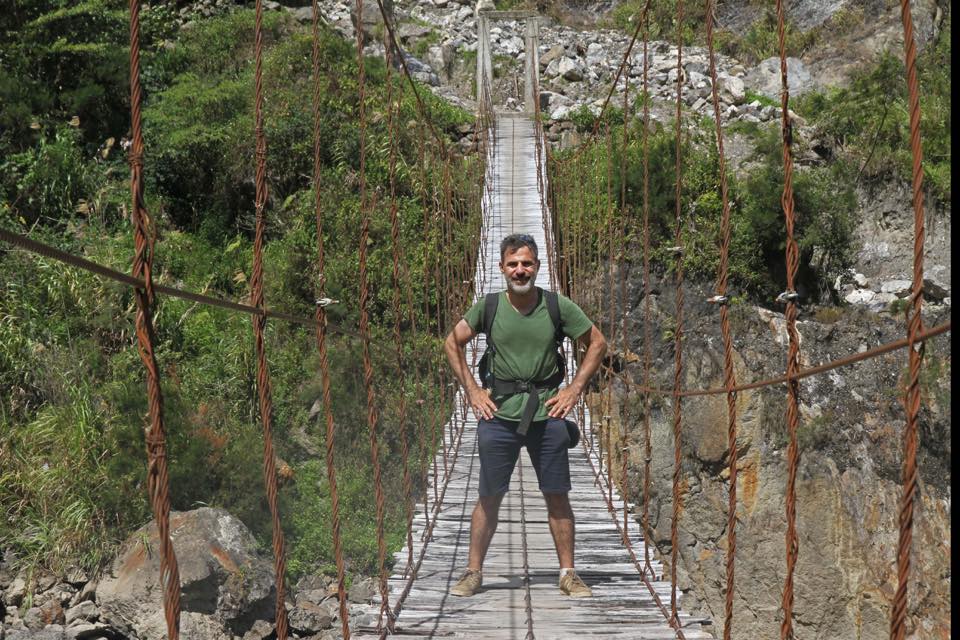 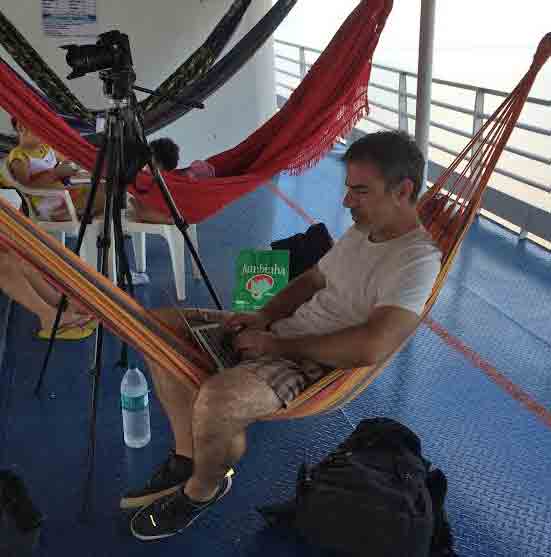 Hi and thanks for dropping by the website. I’m Seth, and that’s me above in Indonesia’s Baliem Valley, pretending not to be terrified, and on the left, floating down the Amazon and completely missing the view. But enough small talk. I’m a columnist for the travel desk of The New York Times, the host of the “Amigo Gringo” YouTube channel (subscribe!) and a journalism instructor at New York University and the School of The New York Times. My book Rediscovering Travel: A Guide for the Globally Curious (Liveright, 2018), and contains my collected wisdom (or lack thereof) from roaming the world as Frugal Traveler columnist for the NYT from 2010 to 2016. Ah, and feel free to follow me on Facebook and Twitter and Instagram. (And in Portuguese on Twitter, Instagram, and TikTok.) I live in Queens, New York, but spent a good chunk of every year in São Paulo, Brazil.

My career path makes very little sense but has been incredibly rewarding – much more rewarding to experience than to read about, in fact. That said…

I grew up in Newton, Mass. and studied political science at Yale, which is also where I made my first money from writing: a $100 prize for the best senior essay in comparative government. I suspect it was also the only senior essay in comparative government. After graduation, I joined the Teach For America program and worked as a third-grade bilingual teacher in the Bronx for three years, where I learned a lot of Spanish and taught a little English. Then I went to the Harvard Kennedy School for a Master of Public Policy degree, specializing in immigration policy infused with a stiff dose of economics and statistics.

Next up, I worked in an immigrant services project for the City of New York, and switched over to the Division of Child Protection for the city’s Administration for Children’s Services.

During this time I began freelancing for The New York Times City section, which no longer exists, and eventually quit my day job and started covering the Bronx for them as a contract writer. I wrote for lots of other places as well, including Time Out New York, which I tricked into letting me write about food. That eventually led to being called a “Latino food expert” in Gourmet, which is the precise moment I learned what “expert” means: a person who a major publication says is an expert. Another major and yet empty accomplishment: I sold a humor piece to the New Yorker that was never published, so I can legitimately say “I have written for the New Yorker” but not “My work has appeared in the New Yorker.”

Then I wrote a book, Nueva York: The Complete Guide to Latino Life in the Five Boroughs, co-authored with Carolina Gonzalez; it was published in 2006. From April 2006 to December 2008, I wrote the Weekend in New York column in Travel section of the Times. And from 2001 to 2008, I taught a journalism course on interviewing techniques at what is now called the New York University School of Professional Studies.

At the end of 2008, I relocated to São Paulo, Brazil, to continue writing for the Times Travel section and work as Brazil correspondent for the international news organization Global Post, which launched on January 12, 2009. From Brazil, I also contributed to magazines like Wallpaper, Conde Nast Traveler and Food & Wine, as well as (once for) the Washington Post.

In June, 2010, I took over the Frugal Traveler column for the Travel section of The New York Times, beginning with a grand 13-week trip by bus, boat and train (but mostly bus) from São Paulo to New York. I also started writing a travel column in Portuguese for the web portal iG; I don’t do that anymore but you can find a few examples from the column under the “Matérias em português” tab to the left.

In 2014, I was invited by Rede Snack, a Brazilian company whose name means “The Snack Network” and whose logo is a YouTube-style play logo with a Dorito in place of the triangle, to create a channel for Brazilian tourists in New York. Brazilians, few people know, are the fourth-biggest source of foreign tourists to New York City, after Brits, Canadians and Chinese. The channel launched in October 2014 and is still going strong.

I quit Frugal Traveler in 2016, wrote a book in 2018, and returned to NYU, this time to teach journalism to undergraduates as an adjunct instructor. I also teach two-week courses to high school and gap year students at the School of the New York Times. When the pandemic kicked in, I started teaching online and temporarily gave up writing to found LiveCampusTours, a start-up that provided personalized live one-on-one tours to college applicants who couldn’t make it to campus because they couldn’t afford the cost, couldn’t spare the time or were worried about Covid. It did not succeed, but did generate some buzz and controversy while it lasted. In May, 2022, I took over the “Tripped Up” column for The New York Times.

Along the way I have managed to learn Caribbean-inflected Spanish and Gringo-inflected Portuguese pretty fluently since college, and I also have ten years of French study buried deep in the back of my brain, though it would take a neurosurgeon to extract it. Quel dommage. Hmm, not sure what that means.